Here is Part 2 of our Indie Music Series! Check out Part 1 if you haven’t already.

First things first; a disclaimer: I am nowhere near a connoisseur of music; which is the reason why I was very baffled as to why I’m included in this whole Lists-Of-Asian-Indie-Songs-I-Love shenanigan hosted by our lovely host. But Shweta has asked, and I have gladly and willingly used up more time than I need to on this list despite having plenty of books that I should be hitting. Heh. Let the list begin!

Keep in mind that I’d only started listening to K-Indie this year only; my list will be bare and perhaps limited to the more popular names. Feel free to recommend me songs or singers based on my list- or anything anyway because good music spans all genres and spectrums 😀 And because I’m severely lacking when it comes to commenting on things like this, it may come across as incessant spazzing instead T____T

16 K-Indie Songs I Love This Year

Honestly, I checked this out because the group features Kuan, and god knows I love Kuan a loooooot. Indie/underground rapper tends to be more… explicit, therefore consider you guys warned. I think the contrast between the deep vocals/raps with Kuan’s whiny tones are appealing, since the song itself is technically bare without any theatrical effects. The song is sexy, rawrrrrr! 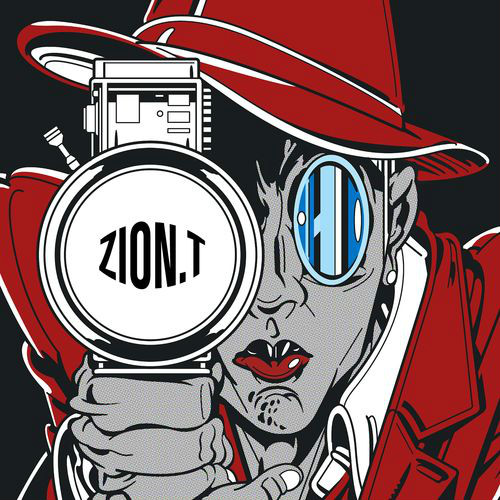 Who doesn’t know Zion. T? He practically exploded this year into the mainstream music scene, and I don’t think he’ll qualify in this list next year. The reggae sound is the reggae I know and understood, as opposed to 2ne1’s Falling in Love for instance. The beat makes me want to shake my booty all song long. The lyrics are ambiguous and vague enough; it both serves as a sexy flirty praise to women and/or a repetitive observation to our current environmental issue (STOP GLOBAL WARMING JUSEYO). Take your pick, I personally like the former 😛

The lyrics are repetitive, but the beats and the method Yozoh uses to sing this song has enough cutesy that makes me smile for the entire day. I still haven’t been able to find a proper English translation though, boo. I love the tinkling instrument adds dimension to an otherwise very bare song. Excuse me while I giggle at the cute song. A live version too, because she sounds so good T_____T

This song…. oh this song… is my absolute favourite. Previously W&Whale, restructuring happened and it became W&JAS instead. Quality didn’t change over the whole shenanigan, but a slight change of sound is apparent. This song is exactly what I love in a song- muted electronic undertones, husky female crooning, the glorious guitar strumming with (what I think is) sad drumming works, and the perfect lyrics. LISTEN TO THIS SONG JUSEYO. There is a rock-ish ethereal quality to it by the last 45 seconds.

OH GOD THIS SONG EXCUSE ME MY FEELINGS. This gem sits in between rock anthems contained in Toxic’s Count Down mini, and it serves as a very good evidence of the duo’s talent. Their vocals are only slightly different, but I love how the main vocal strains a bit for the lyrics. It gives the authenticity to the heartbreaking lyrics, for me. And I can’t spazz enough about how the guitar and piano works so well together. I made a close friend translate the song for me, and we’re both obsessed about it. I can tear up just listening to the opening part. Sigh.

I found out about Shirosky after people commented about Nujabes in Netizenbuzz’s live-stream playlist. Google is a beautiful thing; one thing leads to another. And hey there Illinit! Technically, the song has a lot of English, but Illinit switches between his Korean and English raps so flawlessly, with almost no accent whatever to my untrained ears. Shirosky sings primarily in English and she reminds me a bit of Lena Park. As someone who doesn’t understand Korean, I have to love the melodic rap enough to appreciate them, and in this particular song, the jazz and the vocals mesh so well together. But anyway, UGH HERE YOU GO, HAVE ALL OF MY FEELS.

This song encapsulates everything that I look for in a soft rock croon. Every instrument is there but doesn’t eclipse MYK/Saltnpaper’s soft vocals. As you go down the minutes, every instrument makes you appreciate his voice more. Granted, it doesn’t seem to have a proper climax; people describe the song as being flat. I’d say the “flatness” gives that extra effect of resignation and helplessness to the song. It reminds me to how I feel when I listen to Delispice’s Chau Chau (see how awesome that video is please seriously). I appreciate MYK as Saltnpaper more, to be honest, his rap materials are awesome but not really my style. 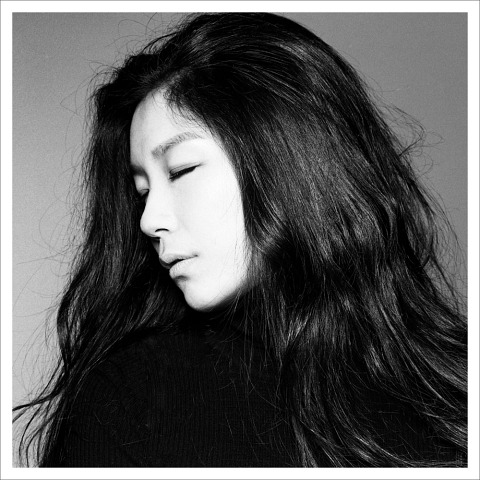 This is easily my favourite song off the album. The lines Now I don’t know if what I want is really you, Maybe it’s just that I need someone to long for resonates so loudly to me because in my opinion this is one reason why people jump into relationships and come out battered and scarred. I didn’t expect to like Oh Ji Eun’s material as much as I did, and I hope she does even better after she gets married (which is soon but I don’t when and to whom, just that it’s another singer I think).

Steady drum works, piano, and excellent bass line are the reasons this song grabbed me at first listen. Add the straining vocals and explosive chorus entry; and I’m totally in, hook, line and sinker. The background layer of instruments by the second chorus comes by gives an extra ooomph to the heartbreak. I still haven’t found the English translation. Bleh. One problem with this song is that it’s hard enough that I want to head-bang to it, but the soft feel still lingers so I get second thoughts to the headbanging. Ugh, decisions.

I’ve watched enough clips of Lucia singing this song alone to tide me over the disappointment that she never sang it with Woohyun on a stage (or anywhere, really) properly. For that, I think this song qualifies to be on this list. In a Lucia-only version, there’s a whimsical quality to the first two verses as opposed to the warm earthy tone Woohyun’s version gave. I may prefer the duet version because of the full background music, but Lucia singing it live is just…. gold. And the lyrics- oh god. What a depressing set of lyrics. The resignation and the rollercoaster-like hope all within three minutes. I’m a glass-half-empty person, so the lyrics get me more depressed than hopeful.

I mentioned how much I love Kuan somewhere up there right? Yeah, have some more Kuan. I get that his whiny tone will most probably annoy most people, but his album showed me how he knows to play with his voice and pick songs that fit. This is a sexy song. The lyrics make me feel sultry (?). His voice quivers as he croons about how his girl makes him shake in anticipation. Yeah. One of my secret fantasies since I first heard this song is that somehow Lee Sungjong of Infinite can do this song as his Solo Stage in concerts, with Jang Dongwoo featuring as the rapper. Their tones seem to be fitting. I’m still here hoping.

This is a seriously dope rap song. I can’t say anything more than that. I loved Jerry.K’s previous album (True Self, 2012) so I checked this out. I don’t know what he rapped about though, because there’s no! English! Translations! But from whatever I heard and understood from my minimal Hangul, it’s bemoaning(?) about the Korean Hip-hop scene. No wonder I get the angry undertones as the words gets spit out. The repetitive piano somehow makes him sound ‘angrier’, and I don’t know why but I love it.

My friends say I’m weird for liking Jaurim, another new find of the year. Bleh. Anna is the best song on the entire album, in my opinion, followed by 25, 21 and Icarus. Every high notes she sings, every chord progression that happens; they all give me pain, the good kind, even if I understand nothing. That’s what a good song makes me feel. The orchestra-ish background also wins extra cookie. I’m just biased like that.

One sound consistent in this album is the use of that tinkling instrument. Someone please tell me what it is ;;____;; Fromm’s voice seems to be deeper in this particular song, but it doesn’t sound like she’d struggled too much to hit her lowest sing-able tone. The stripped down guitar, the recurrent bells (?), and her voice works the sad lyrics (I’m guessing here because NO ENGLISH TRANSLATIONS!!!!) well, but the tinkling gives a sweet feeling, a total contradiction to the entire song itself. I guess that’s the irony. And when the drums kick in, I get an amplified depressing feel which make it an excellent song, for that particular reason.

Sexy, sexy, sexy song. Even without checking out the lyrics, I knew that this is an explicit sex song, designed to make people go crazy with lust. How can you not, when Rico sings of how I’m going more deeper/ baby, nothing but you/ what about round 2 / oh, oh, right there/ baby, make sweet noise? The smooth RnB feel coupled with piano serves as an anchor and it belies the sexy nature of the song. Excellent song to listen to once the lights are out. –insert evil smirk-

It took me a long time to warm up to Lim Kim (I prefer to call her Kim Yerim, to be honest), but I loved this song on first listen, and made me listen to her entire stuff again properly. It’s apparent why the song is not a title song; it’s flat, doesn’t go anywhere, it just kinda stays there at a plateau and has lots of repetitive lines. But that translates to a whole pot of emotions, primarily made up of resignation and fear. The song makes me wonder and obsess whether I’m good enough for someone. Favourite line? Obviously nal miwo hajima and nal sarang hajima. By the time she sings nal sarang hajima, I’m safe and cocooned in my bed sobbing. Sigh.

This song is currently my favourite out of her new album, Nocturnal. The reason why I don’t exactly know how to classify Yuna is because she’s a Malaysian indie singer, but sings in English the way oh, maybe 80% Malaysian indie singers do. They always sing in English and I don’t know why. And my usual bands are on hiatus in 2013, so I can’t contribute much; otherwise my list won’t be so… Koreanized I guess. The lyrics are exactly what I imagine all singers/artists go through, especially the Kpop idols. That’s why I love the song, maybe. Because it caters to my cynicism when it comes to Kpop.

And if someone help you
Lipstick on
Yeah

Nobody wants to know
You cried the night before

Aaaaaaand that concludes my list. I had more, but I kept trimming and that’s why we end up at an awkward number. I’m sorry if my spazzing gets too much :3 Like I said, feel free to try out these songs, see if you like it!